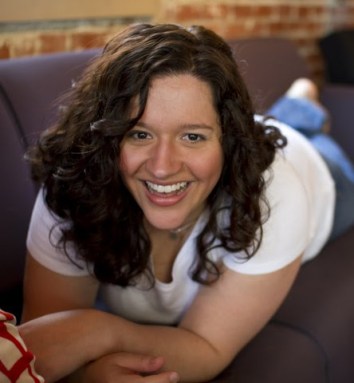 After self-publishing her first book, The Siren, in 2009, Kiera Cass found widespread success with the release of her second novel, The Selection. The first in a trilogy, The Selection tells the story of a teenage girl plucked from society’s low castes to compete for the affection of her country’s young prince.  The second book in the series, The Elite, is available today.

Cass infuses The Selection books with fantasy and romance, creating a unique dystopian fairy tale ambiance. The series has also been picked up as a pilot for The CW, so fans may be lucky enough to see the story brought to life.

The final book in The Selection series will be released next year, and Cass recently announced a new, as yet untitled, dystopian romance series to follow. Read on to hear more about Kiera Cass’s thoughts on The Selection and information on her new series!

The Daily Quirk: Can you tell our readers a little bit about yourself and how you became a writer?

Kiera Cass: It was a bit of an accident actually. Growing up, I wanted to do theater and sing and stuff. Writing wasn’t even on my radar. But I ended up using it as my own form of therapy, and it turns out I LOVE TELLING STORIES! Can’t imagine doing anything else now. Just goes to show, you don’t have to have your life planned out at eighteen.

TDQ: What has been the most exciting part about being a published author?

KC: Probably the fans. I would write and get the stories out just for me, even if no one liked them. The fact that people made twitter accounts for my characters and started writing fanfics has kind of blown my mind. Any given day if I’m feeling like crap, I can hop on twitter, talk to some really excited readers, and everything is instantly a thousand times better.

TDQ: The Selection has elements of fairy tale romance, dystopia, and even reality TV. What was your inspiration for putting all these things together into one book series?

KC: Lots of people wondered if I watched The Bachelor, but I’ve only ever seen one season, and it was after I wrote the first book. The idea came from wondering about two other stories: Esther (from the Bible) and Cinderella. I just wondered if maybe Esther liked the boy next door before she was shipped off to this palace for the rest of her life. And Cinderella never asked for a prince. She asked for a night off. And we assume they’re happy because they got their guy, but what if they weren’t?

So those two ideas married in my head, and I knew I wanted to write about this girl who came from a very humble back ground and would get the attention of a prince, but she wouldn’t want it because she was already in love. America was in my head immediately after that concept came together. What took a while was finding the right place for it to happen. Nothing was working out, so I figured I’d just make up my own world and set it down the road about 100 years. I was driving in my car when the name Illea came to me. After that, the story came quickly.

TDQ: You studied both history and music in college. Did that experience influence the world you created in The Selection?

KC: Yes and no. Majoring in History made me a pretty good researcher, reader, and writer. And it helps me see worlds because all I did was study real life stories. The Music thing came in handy when I figured out where America was on the social scale. How many magnificent performers are there on Broadway whose names we don’t know but could get a VMA or two if given the chance? I’d bet plenty. And that was what I wanted to do growing up. I handed that over to her, giving her a bit of an unfair lot in life: lots of talent, but no recognition.

TDQ: Now that the plot and characters have been established in the first book, did you find it easier (or perhaps more difficult?) to continue America’s story in The Elite?

KC: I knew pretty early on that America’s story would be two or three books’ worth. The whole thing has been in my head from the start. (Yes, I know how the third book ends. Knew for a long time. And it’s already down on paper.) So, as far as sharing the story goes, it was easy! The scary part is now that people like the first book, what if they don’t like the second? I’m still trying to check my nerves over that.

TDQ: You wrote an e-novella, The Prince, from Maxon’s perspective. Was it challenging to write from his point of view as opposed to America’s? Will we hear from any other characters in the future?

KC: The novella came out of my editor asking me why Maxon was acting one way in a certain scene and why Aspen was doing something strange in another. I sat down and rewrote the scenes from what the boys were thinking, and it made it made me see how some things were pretty accurate, and some things needed to be tweaked. When the opportunity came to share Maxon’s thoughts through a novella, it was exciting and scary. It’s weird being in a boy’s head, but (in some ways) he’s less guarded than America. I can’t wait for people to see just how Maxon sees himself.

There’s a little scene that happens off camera that I’d like to share after the third book is out, but that isn’t in America, Maxon, or Aspen’s POV. Is that mean to say? Oh, well. *laughs maniacally*

TDQ: Now, a bit of fun: in The Elite, America motivates Maxon to throw a party inspired by a holiday Illea has long forgotten – Halloween. What’s your favorite Halloween costume you’ve ever worn?

KC: Probably the stand out was when I was maybe 10. Remember those troll dolls that were so popular in the 90s? I dressed up as one of them. I wore something like a white unitard with a jewel on my tummy and sprayed my hair hot pink. It’s frizzy so it stood up pretty well.

TDQ: What (if anything) can you tell us about the next book in The Selection series?

KC: It exists! Ha! There’s so much I want to tell you, but I’m afraid I’ll give things away. I’ll just say my characters have minds of their own, and things don’t always turn out the way I thought they would.

TDQ: Do you have any other upcoming projects on the horizon?

KC: Yes! It was recently announced that I’m writing a duology with HarperTeen again about children who are raised to be perfect companions and are then purchased by the wealthy. A bit of danger and some forbidden love. Ya know, the good stuff!

A big thank you to Kiera Cass for taking the time to answer our questions! To find out more about Ms. Cass, check out her website and follow her on twitter!